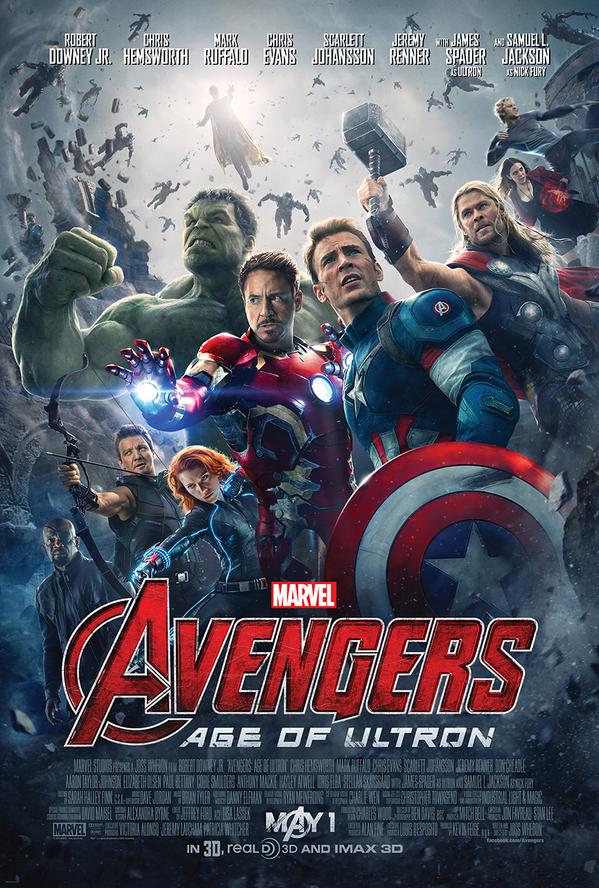 There it is folks. The first movie poster for the highly anticipated Marvel Studios film Avengers: Age of Ultron. Poster clearly displays the Avengers team of Captain America, Iron Man, Thor, Hulk, Black Widow, Hawkeye as well as Nick Fury. Also included are new comers Scarlet Witch and Quicksilver. The film opens May 1. As Marvel begins phase 2 of its cinematic universe there is a lot of anticipation as well as speculation over this film.